Five early settlers with their families established the Wilmeth Settlement These five were Tola Dunn, T. J. McDonald, John R. Jones, J. B. Wilmeth and Abe Hall. All these, save Hall, received their land from the Republic of Texas. Hall bought his. Tola Dunn was the first settler. He built a log cabin across the branch southeast of the present McLarry cemetery in 1843. McDonald located where the Ben Pitts home is now, in 1844. Jones' home was 400 yards northwest of the McLarry graveyard. J. W. Wilmeth located two miles north of present McKinney, where John B. McKinney now lives, and Hall bought several hundred acres lying just east of the McDonald homestead. Jones also located there in 1844 with McDonald, and J. B. Wilmeth settled on his land in 1846. Hall moved there in 1852. The families of these five men, together with, later, their sons-in-law, daughters-in-law, were about the only people living in what is now Wilmeth when the Civil War started, 1861. There, were, in all, about 85 of them.

Wilmeth took its name from J. B. Wilmeth who, from the time he settled there, was interested in education. It took its name, not from him particularly, but from the schools he started. Two years after he settled he started a small free school in a log cabin just north of where the powerhouse now stands. This was in 1848. He and his sons and daughters ran this school until 1855, when he moved it to the unfinished upstairs of his newly built home a mile north. Here the Wilmeths carried on the school until 1861, when the Civil War caused them to suspend it. J. B. Wilmeth and his eight sons went into the war, as did all the other able-bodied men of the settlement.

After the war, Wilmeth re-opened the school with his son, James and daughter, Betty, as teachers. This school was operated for the children of the settlement until 1874, when James built a home a mile north, where the Caves lived later, and took over and taught school in his home, which was a large, two-story house with an upstairs built for a schoolroom. At different times E. W. Kirkpatrick and Anson Mills of McKinney aided Wilmeth in teaching. By now there were over a hundred people in the area and they joined Wilmeth in building a frame schoolhouse a half mile northwest of J. B.s home. School started there in 1877 with James Wilmeth and his sister Betty as teachers. This was a free school, the first in Collin County. This building was about 30 feet in length and 25 wide, and was used as the Wilmeth School until the new schoolhouse was built a half-mile west in 1892. At various times, up to 1886, when teachers could not be secured, school was again held in the homes of J. B. and James Wilmeth.

In 1886 the county was organized into school districts, with Wilmeth being numbered 35, a number it carried until its end. The county school system started at Wilmeth in 1887 with Mrs. Kate Mack. James Wilmeth had taught there for the past few years. Follows is a list of the teachers of the Wilmeth School, as well as can be procured at this time.

Wilmeth consolidated with McKinney, summer of 1920. It was operated for two or three years more, but as part of the McKinney School System. 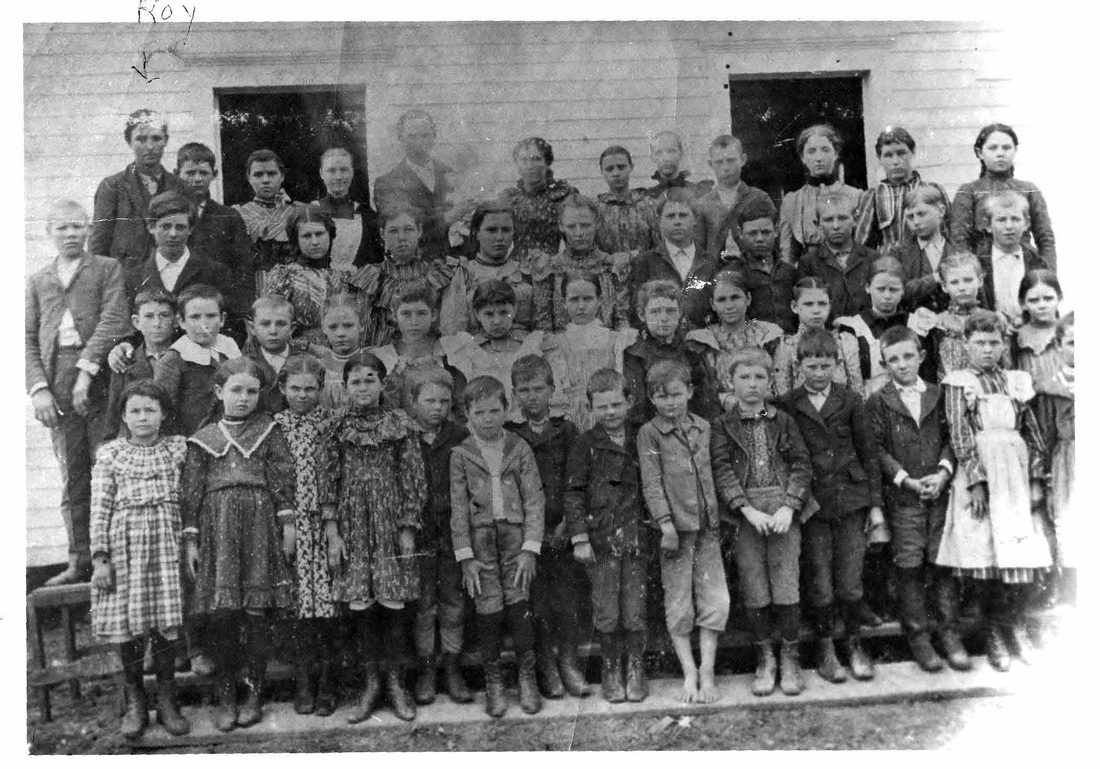