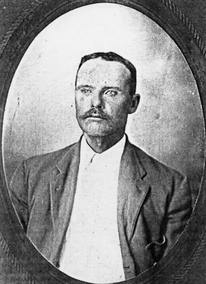 DRAKE, W. G.
McKinney Weekly Democrat, April 1, 1915
ON THE WING
...While returning from Wilson Chapel last Monday evening we sought shelter in the store of W. G. Drake, in the Enloe Community during a shower of rain. Later we accepted an invitation to spend the night under his hospitable roof. This prosperous citizen was born in Middle Tennessee, and became an adopted son of Texas in 18 ? resided in Collin County, In his young manhood he was united in marriage to Miss Mary J. Rutledge and they have reared a family of six children – and only two of them girls. One son Felix is bookkeeper for a large business concern in Sherman, and a graduate of one of the educational institutions of that city.
About thirty years ago Mr. Drake purchased a few acres of land, where he built a modern home in the woods, for it was heavily timbered, and many years of hard work were required to improve it. Every few years he would buy more land adjoining the original purchase until today he owns 150 acres with a large residence and commodious barn thereon. The operating expenses of the farm are reduced to a minimum, for with his pastures and meadows his fee bill is small compared to those whose farms are destitute of these necessities for stock, and with the aid of a forge in a small house just outside of the yard, he does about all of the blacksmithing needed on the farm.
He and Mrs. Drake are members of the Christian church and worship at Mt. Zion. Their widowed daughter, Mrs. Lon Furr, and four-year-old girl, Willie Mae, are making their home with the former’s parents.
The Weekly Democrat-Gazette has been the favorite paper of this family for many years....
Before leaving our kind host and hostess next morning, Charley one of their manly sons, said that he wanted The Daily Courier-Gazette and we were pleased to enroll him. He was married nearly five years ago to Miss Bessie Odle, and the monarch of that home is a queen of only two summers....
Charley is a very industrious man, and cultivates a large portion of his father’s farm. He’s a member of the McKinney band and attends it’s rehearsals two or three nights each week.
Spring is over due, and it’s feared that she’s the victim of a German Submarine.
D. W. Leigh
McKinney, March 29

FOR COUNTY COMMISSIONER
W. G. DRAKE, REPUBLICAN NOMINEE FOR DISTRICT NO. 4
Daily Courier Gazette, August 13, 1910
W. G. Drake authorizes us to announce him for the position of county commissioner for this district at the general election, Tuesday, Nov. 3, 1910. Mr. Drake came to Collin county when a child in 1877 and settled with his father, Dr. A. M. Drake, on the Waddill land north of McKinney, where the Dallas-Sherman power house now stands. Twenty-four years ago he moved to his present home – a nice farm about three miles southeast of McKinney, where he has continuously resided since. Farming is his lifelong avocation and he is a success at it. He is vigorous, energetic, genial and a believer in advancement. He never sought office before. In fact his friends urged him to accept the republican nomination in this instance over his desire. But, he says now that he is out for the office, he will make a vigorous campaign, and is out after all the votes he can legitimately get for the office for which he is well qualified. He says that while he is the republican nominee, that he will appreciate the votes of members of all parties nevertheless. In event of election, he says he will put forth every effort to discharge the duties of the office to the best interest of the county and in a manner, which will be pleasing to his constituency as well as creditable to himself. Consider his claims and if you can assist his candidacy either by word or vote, or by both, he will appreciate the same to the utmost.