Davis name
DAVIS, JESSE
JESSE DAVIS DIES AT DALLAS
Courier, November 18, 1915
Mrs. J. W. Dockins of this city has received a message announcing the death of her brother-in-law, Jesse Davis of Murphy, this county, which occurred Sunday night at a Dallas sanitarium. Deceased is survived by four children, three sons and one daughter, all of whom are grown. He was a native of Wilson county, Tenn., and was a member of the Methodist church. He was about 55 years of age and was engaged in the mercantile business at Murphy.
Mrs. Dockins and son, Virgil, attended the funeral and burial at Murphy this afternoon at 4 o’clock. 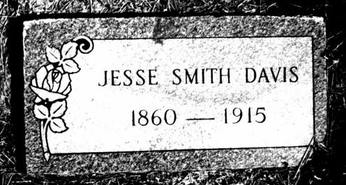