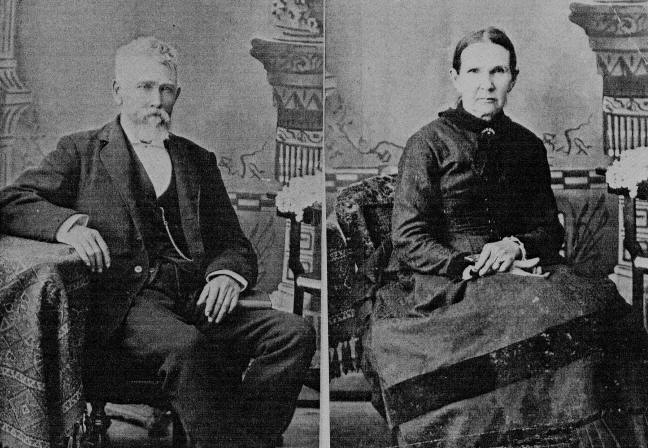 A PIONEER COLLIN MOTHER
Courier Gazette, Feb 2, 1912
Resided in or Near McKinney for 56 years
MRS. CYNTHIA HERNDON
Witnessed Wonderful Development From Virgin Wild to Present Growth.
Mrs. C. A. Herndon, the aged widow of the late George Herndon, is visiting for a few days at the home of her son, James R. Herndon, in West McKinney. Mrs. Herndon will be 85 years old Sept. 10 and enjoys perhaps better health than usual just at this time. She makes her home with her son-in-law and daughter, Mr. And Mrs. H. E. Singleton, three miles southwest of McKinney. Mrs. Herndon’s maiden name was Cynthia McGarrah, daughter of Col. Jake McGarrah, founder of Old Buckner, the old county seat of Collin county, which village was moved about three miles southeastward about sixty years ago and renamed McKinney, which town has been the county seat ever since. Mrs. Herndon has the following living children: H. C. Herndon of Mineral Wells; Tom J. Herndon of McKinney; James R. Herndon of McKinney; Mrs. John Montgomery of Foncine; Ben Z. Herndon of Greer County, Ok.; Mrs. Henry E. Singleton of near McKinney; Mrs. H. C. Addison of Snyder, Ok.; George A. Herndon of Ekalaka, Montana; Mrs. Sam Breechen of Prosper, and Ed Herndon of Oklahoma City.
Mrs. Herndon was a sister of Mrs. Dr. G. A. Foote, Mrs. Capt. Ed. R. Stiff, Mrs. James (Uncle Jimmie) Herndon and Mrs. Tola Dunn, all now dead, but were wives of Collin county pioneers, whose children and grandchildren are among our most prominent citizenship of today.
This honored old Collin county pioneer mother came here when a young woman of only twenty years of age and for the long period of sixty-five years has continuously resided in or near McKinney. Within the span of this one life in its borders, Collin county has been literally transformed from a wild, undeveloped, sparsely settled frontier region to the position of the richest agricultural county in the United States, with a population of nearly 60,000 souls. The wild Indians roamed over the open prairies and virgin forest land of our fertile county when she first came here and land could be had for a mere song and sing it yourself. But this old mother has watched the shifting of the sands of time from that day to this, until now she sees the teeming thousands move to and fro in their busy pursuits and varying avocations of our industrial development and phenomenal growth. Several hundred school houses, as many church edifices and thousands of substantial homes dot the surface of grand old Collin now where none existed when she came here, while land values have climbed to an average ranging price from $60 to $125 per acre, and this wonderfully productive county has taken its place as the most densely rural populated county of all the nearly 250 counties of Texas, the imperial state of the Union in matter of vast domain.
Truly, Mrs. Herndon is a remarkably well preserved old mother, who is blessed beyond the lot of most people in the length of days allotted to her, as well as in matters of health and happiness. May many more such years be in reserve for this good old mother of pioneer days who still lingers with us a living link of the present to connect us with historic days of the fast receding past.