Je names
George Jeffcoat(s)
GEORGE U. R. JEFFCOAT
Biography.
Sarah A. McAdams Jeffcoat
August 20, 1837 -  January 3, 1913
George U. R. Jeffcoat
October 16, 1834 -   March 17, 1918
George U. R. Jeffcoat was born October 16, 1834 in Lexington County, South Carolina. He moved to Alabama in 1848 where he married Sarah A. McAdams, April 20, 1855. Sarah A. McAdams, daughter of Wesley McAdams, was born in Crenshaw County, Alabama on August 20, 1837.
On April 2, 1862, George Jeffcoat entered the Confederate Army, Company A, of Hilliard’s Legion of Infantry. The company divided, and he was assigned with the sharp shooters under Captain Dave Harrell. They drilled at Montgomery, Alabama; Atlanta, Georgia; Cumberland Gap, Tennessee; Clinton, Tennessee, and MacLamen Cave, Tennessee. After the battle at MacLamen Cave they went into Kentucky with General Bogg’s Army. In September 1863 they made their way to Chickmorge Battlefield. On November 29, 1863, Mr. Jeffcoat was one of the soldiers captured on a retreat at Knoxville, Tennessee, and was imprisoned in the old jail for two weeks. He was taken by foot through the mountains to Nicholsville, Kentucky. It was winter, and conditions were bad. Some of the soldiers were without shoes or coats. Mr. Jeffcoat being one of them. He was taken to Louisville, Kentucky, where he was confined until January 1864 when he was transferred to Rock Island, Illinois. In March 1865 he was sent to Richmond, Virginia, where he was paroled and started for home. Some of the journey was by rail, but the majority was by foot. On March 24 he succeeded in getting his parole extended for 30 days. Before it expired the surrender had taken place.
In January 1867 Mr. Jeffcoat and his family came to Texas where they lived in a log house with dirt floors. There were few families here at that time. Mr. Jeffcoat was a farmer and was among the first to plant cotton. From a small beginning of six acres and through much hard work, he was able to purchase the 164 acre farm where he lived for many years with his family. He joined the Masonic Lodge in 1869 and was raised to the degree of Master Mason in the Farmersville Lodge No. 214, A. F. & A. M., September 3, 1871. He was a charter member of the Blue Ridge Lodge No. 490, A. F. & A. M., and joined the Odd Fellows in 1900. Mr. Jeffcoat was a delegate from Collin County, Texas, to the State Democratic Convention in Galveston, Texas, in 1886.
George and Sarah Jeffcoat were faithful members of the Methodist Church South at Blue Ridge, Texas. Sarah died January 3, 1913; George died March 17, 1918. They are buried in Snow Hill Cemetery in Collin County, Texas.... 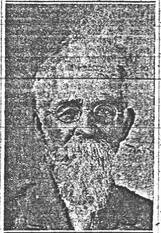 JEFFCOATS, GEORGE
Courier, June 1, 1916
COLLIN PIONEER
Settled Near Blue Ridge in 1867
Uncle George Jeffcoats, of Blue Ridge, was recently a welcome caller at our office. He is in good health, notwithstanding his advanced age, and was enroute to Newport, Jack county, Texas, to visit a son, who lives there. Uncle George was born Oct. 16, 1834, in Lexington district near the town of Lexington, South Carolina. His father was a farmer, saw mill man and magistrate. When George was only 14, his father moved in 1848 to the state of Alabama where he continued to reside until 1867 when he came to Texas, He served in Hilliard's Legion form 1862-65 in the Confederacy. Mr. Jeffcoatts saw much hard service—was in the battle of Chickamauga and other hard fights. His clothing was pierced by bullets more than once but he fortunately escaped injury. He was captured by the Federals and held a prisoner for several months at Rock Island, Illinois. In 1867, Uncle George, who is now 82, settled one and one-half miles south of Blue Ridge where he still lives. By industry, frugal living, good management and honest dealings, he has steadily prospered and at present owns two good homes and doesn't owe a dollar. He married Miss Sarah McAdams in Pike county, Alabama, April 20, 1855, and lived most happily with her for over a half century. She died three years ago which was a sad blow to the good old man who had walked by her side for so many years during all of which time her love and devotion had inspired him ever onward and upward. He was made a Mason in Farmersville in 1870. He later became a charter member of Blue Ridge Lodge No. 490. When a lad of only 13 he was converted in South Carolina and united with the M. E. Church South. For 67 years he has been a faithful follower of the Meek and Lowly Nazarene and a devout member of the Methodist church. He has filled all positions possible for a layman to fill in his church—steward, class leader, delegate to conferences, etc. Uncle George has always been a staunch democrat and influential in party councils of his section of the county. His children are all honored and useful and a pride and honor to their good old father. The children are: Tally Jeffcoatts of Blue Ridge; Will and Webster Jeffcoatts, both of Snow Hill; Connor Jeffcoatts, of Newport, Texas; Dudley Jeffcoatts of Blue Ridge; Mrs. C. W. Carson, of Ogburn, Texas; Mrs. Hettie McGuffey, of Blue Ridge and Mrs. Walter Maddox of Water Ridge.
Uncle George Jeffcoatts is gracefully traveling down the western slope of life—erect as an Indian, always cheerful and hopeful and ready to brighten any life that may cross his pathway. While already past the fourscore milestone on life's journey, his good health and sturdy constitution bid fair to give him many more years of happiness and strength yet before the grim messenger comes. Yet Uncle George says that he tries to live each day so that when the summons does come, he shall be ready to go and meet his Master in peace. His multitude of friends all over the county wish this old veteran many more years of health and usefulness among them.