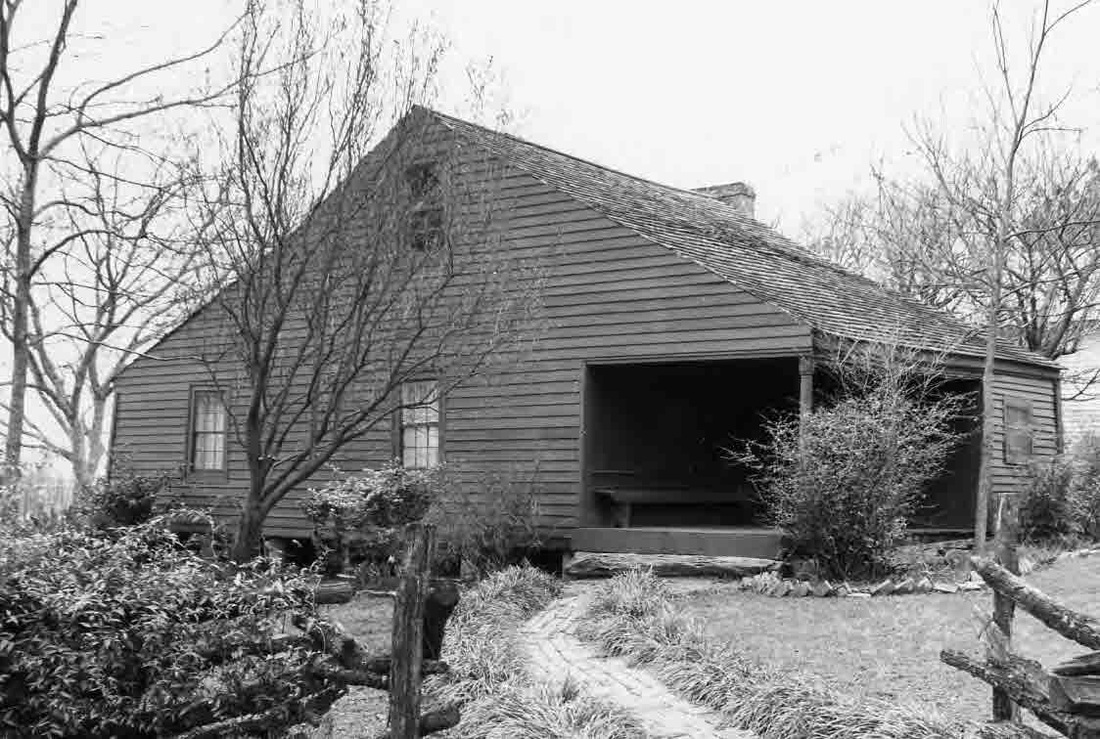 The Collin McKinney Cabin after it was moved to Finch Park in McKinney and restored.
Collin McKinney, a delegate to the General Convention at Washington-on-the-Brazos who helped draft the Texas Declaration of Independence from Mexico and later the Constitution of the Republic of Texas, settled in this area about 1846. On July 10, 1848, McKinney bought the Rob Whitaker Survey around this site from Anna Whitaker, paying $500 for 640 acres. The McKinney family was active in the region: They were instrumental in building the Mantua Road and the organization of the town of Mantua and the Van Alstyne Christian Church. Collin McKinney divided his land among his heirs in 1857. He died in 1861. The McKinney family gave his house to the city of McKinney in 1936. The structure burned in 1980. Collin McKinney’s legacy continues to influence the history of North Texas.
Texas Historical Marker 2000 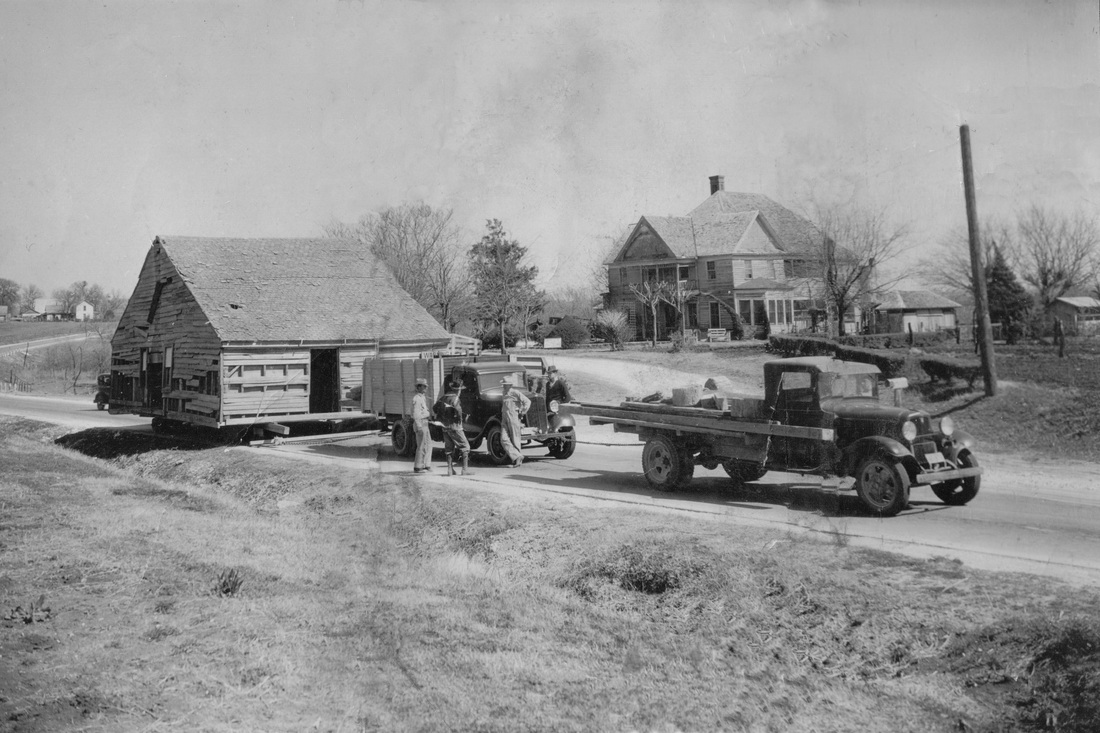 The cabin being moved in 1936 as it passed the Wilmeth home. The Wilmeth home was located on the east side of present-day SH5 and Wilmeth Road.