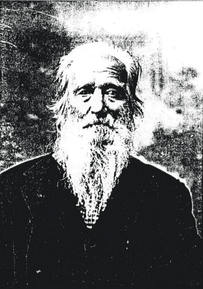 BEN ESTES
Biography.
Ben Estes.
Lived under 20 presidents – 77 years. Came to Collin County, March 1856.
Dry goods store on square 51 years.
Ben was the 9th of 10 children. Born in Taylorville, Kentucky Jan 31, 1841, 30 miles from Louisville. He came to Collin County by way of New Orleans and Galveston on a boat– the famous old ship “Powderhorn”. To San Antonio on a stage. He remained there until July. He went to El Paso as a stage guard, heavily armed to protect a shipment of U. S. Mail. He used to say the 6 shooters he carried was as big as he. He came to McKinney in the fall. His first job here was to plow for 50¢ a day. When the Civil War broke out, he was first on the list of Throckmorton’s Company. He went to Ft. Cobb, Ft. Arbuckle in old  Cherokee Nation. He did scouting there. Then he was in B. Warren Stone’s 6th Texas Cavalry– served under McCullough at Pea Ridge. Later in the battle of Corinth – October 1862. He then went with scouts Bob Baker, Harvey and Lee to Mississippi, Tennessee, Alabama, and Georgia. He was captured at Hatchie Bridge, Mississippi and taken to Boliver, Tennessee. He was a prisoner for 10 days. He was mustered out May 1865 in Canton, Mississippi by Gen. Canby, who was killed by Indians soon after.
Estes stayed in Louisville until 1866, putting up patent medicine to live.
He was married January 25, 1867 to Nannie Howell. 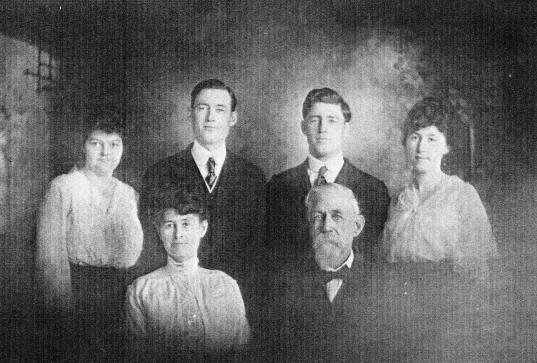