Beck
Sanford Beck
BECK
Sanford (1802-1871) and Matilda Roundtree
Sanford Beck’s land grant is in the downtown Plano area. He sold the land as soon as he moved to Collin County and lived in the Dublin, Collin County, area.
Beck was a veteran of the Black Hawk Wars of 1832 in Illinois. A military marker was obtained for him in recent years and placed in the Murphy Cemetery.
Sanford Beck may not be buried at the Murphy Cemetery. He died while staying with his daughter, Sarah Ann Salmons, in Murphy, and the family says he is buried here. If so, either he did not have a marker or his marker has disappeared. His wife is buried in the Fitzhugh Cemetery about 4 miles north of Murphy.
Sanford Beck was born in Tennessee. At some point he moved to Illinois. He and Matilda were married there. They had eight children: Manley S., Sarah Ann, Elizabeth, Julie Ann, Margaret, Matilda, Morgan, and John Wesley. They migrated to Collin County around 1845-46. 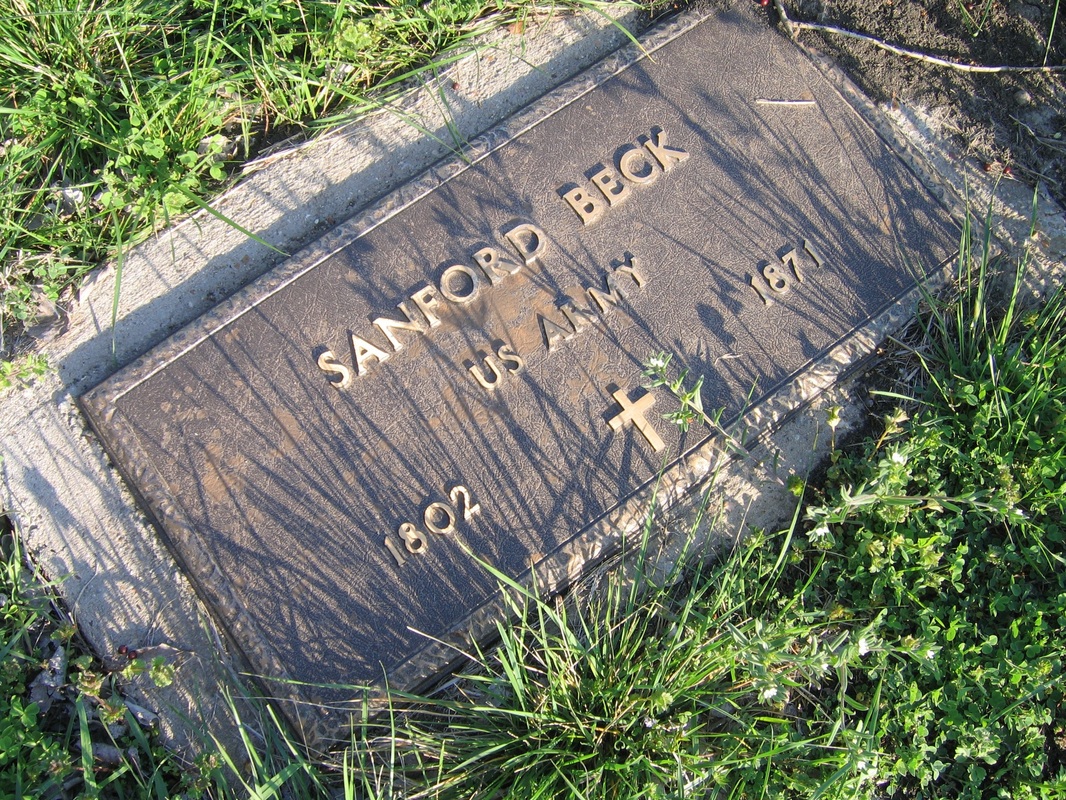