Du names
DUBBERLY, MARY
Mary Jane Dubberly (1851-1911), buried in the Maxwell-Murphy Cemetery
The Dubberlys were from Macon County, Alabama. The father was Sacker Nathaniel Dubberley, who fought in the Civil War. The mother was Ann Autry. Several siblings of Mary Jane came to Collin County and settled near Prosper. Many Dubberlys are buried in the Walnut Grove Cemetery in Collin County. There is a several page write-up of the Dubberly family in PROSPER, TEXAS, ITS HISTORY AND FAMILIES Vol 1.
Mary’s sister Emma, married William Nelson Eckles, who is buried in the Wylie Cemetery. The name is also spelled with an extra ‘e’, Dubberley. According to Find a Grave, the extra ‘e’ was dropped about the same time that the family moved to Texas. 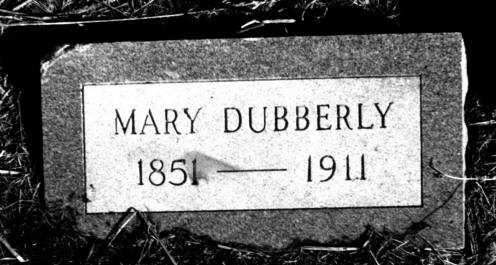